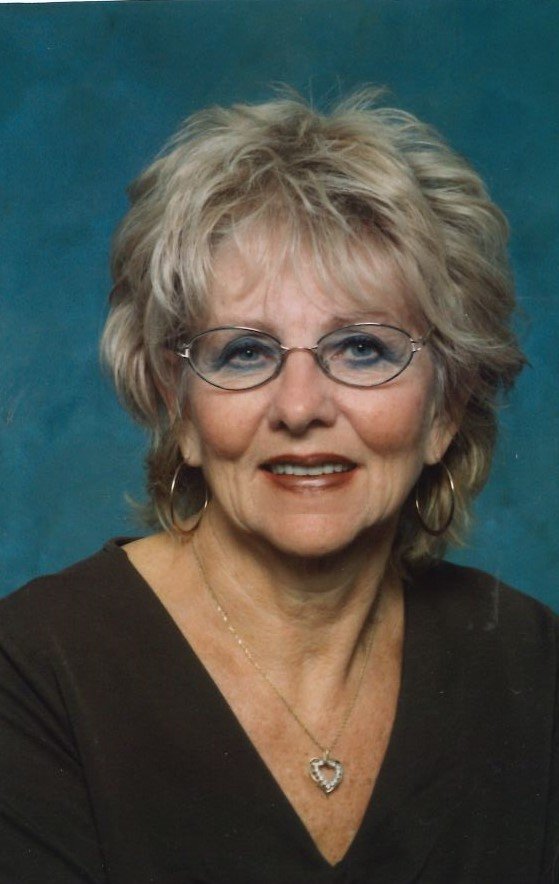 Marlene June Friesen (Nee Kulman) On Friday, October 16th, 2020 at Concordia Place, Marlene June Friesen aged 79 of East St. Paul, Manitoba went to dance with angels. She is survived by one daughter Charlynn Sparkes(Mike), son Richard (Heidi) Friesen, four grandchildren Stephanie(Tony), David, Larissa Sparkes and Tyson Friesen. She is predeceased by her husband Jacob Friesen, parents Richard and Frieda Kulman, and sister Diann Prada of Calgary. She leaves a niece and nephew of Calgary. She will be lovingly remembered by her best friend Mary Lynne(Tom) and many dear friends. Marlene was born on September 24, 1941 in Winnipeg to Richard and Frieda Kulman. In childhood she lived on Alexander Avenue later moving to a farm near the present site of Chief Peguis School. Marlene met Jake Friesen, a talented mechanic, marrying in 1961. They lived on Greene Avenue and later moved to East St. Paul to raise their children. Marlene loved her home and spent much time in the garden, bowling and shopping. She enjoyed driving in her 1979 white corvette with her distinctive license plate LUV IT. As new members joined the family she was always welcoming, cherishing her grandchildren and creating sweet memories at Winnipeg Beach. Marlene worked for River East School Division at many schools as head secretary where she made lasting friendships. She also had numerous part-time jobs and always kept herself busy. Marlene loved Honolulu and spent most winters there enjoying long walks, sitting on the beach, watching sunsets and dancing at Coconut Willy’s. She also loved her many cats, who were her lifelong friends. Cremation has taken place and a private family burial will be held at a later time. The family would like to thank the staff of Concordia Place for their care and kindness. Mom fell ill far too soon and piece by piece we let her go. Now she will rest in eternal peace. We will keep her memory alive by remembering the way in which she lived her life with courage and grace mixed in with a sprinkle of good fun and laughter. Giant waves at sunset Crash upon Oahu’s rugged shore A giant tortoise rides along to the ocean floor. Tiny sailboats zigzag across Waikiki Bay As a million tiny stars prepare to light their way. Warm gentle breezes sway the ferny palms While ukuleles strum sweet Hawaiian songs. On the horizon, God’s fading light Ignite the north star into that gentle good night. Ribbons of ebony wrap themselves around her, The Earth whispers a sigh, Time to rest now, As the night draws nigh, We love you mom & gramma, Aloha Never goodbye.
Share A Memory
Plant a Tree